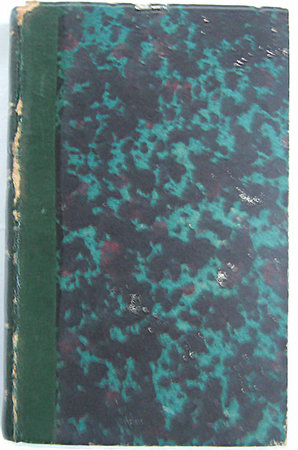 (1801). 12mo, pp. [viii] including first blank, 192, [2] errata and blank; errata leaf laid down with repair at lower gutter (no loss of text), title-page a little browned with minor abrasion causing loss of a couple of letters, text lightly browned; in nineteenth century green morocco backed marbled boards, spine ruled and lettered in gilt, head of spine nicked slightly at upper joint, lower joint starting, extremities lightly rubbed and bumped. First edition of this thoughtful essay on tombs and the influence of funeral institutions over manners and morals, providing a comparative study of funeral rites and ceremonies, including discussion of China, Canada, Tahiti and Guyana.
Girard’s work was one of a number compositions entered for a competition set by the L’Institut National. As with so many areas of public life in the aftermath of the Revolution, there was a growing widespread concern over a lack of respect for the dead and their burial, the preceding decade having borne witness to a prevalence of what were considered by many to be indecent and at times almost inhumane modes of interment. Girard therefore presents his ideas and plan for ‘d’Institutions funèbres simple et moral, et j'y mêlai toutes les idées consolantes qui peuvent adoucir la dernière et douloureuse séparation’ (p. 4), in which he looks at such issues as ‘proclamation des décès, l’inscription sur les tables funéraires et l’eloge des morts’.