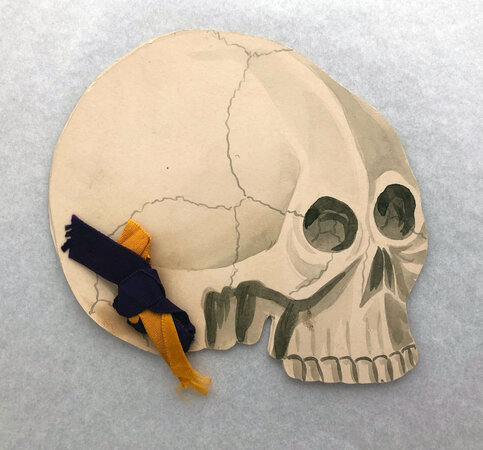 MENU CARD IN THE SHAPE OF A SKULL FOR THE ‘SECOND ANNUAL BANQUET OF THE UNIVERSITY OF PENNSYLVANIA CHAPTER, Alpha Mu Pi Omega, Medical Fraternity’, at the Art Club in Phildelphia on May 3,